WHEN MUSIC AND SOUND BECOME VISUAL

WHEN MUSIC AND SOUND BECOME VISUAL

We are able to answer with efficiency the needs of all type of projects:
Web, TV, Motion, Gaming, etc.
We respect all the briefs specifications with rigor and seriousness and adapt our work to your vision without forgetting to bring our creativity, sensitivity and personality.

Production of original music tailored to your project.

Sculpting and crafting our sounds specifically for your project.

Creation of a singular tonality to dress your brand.

Audio editing and synchronization to your project.

Normalization of your project for all type of broadcast specification. 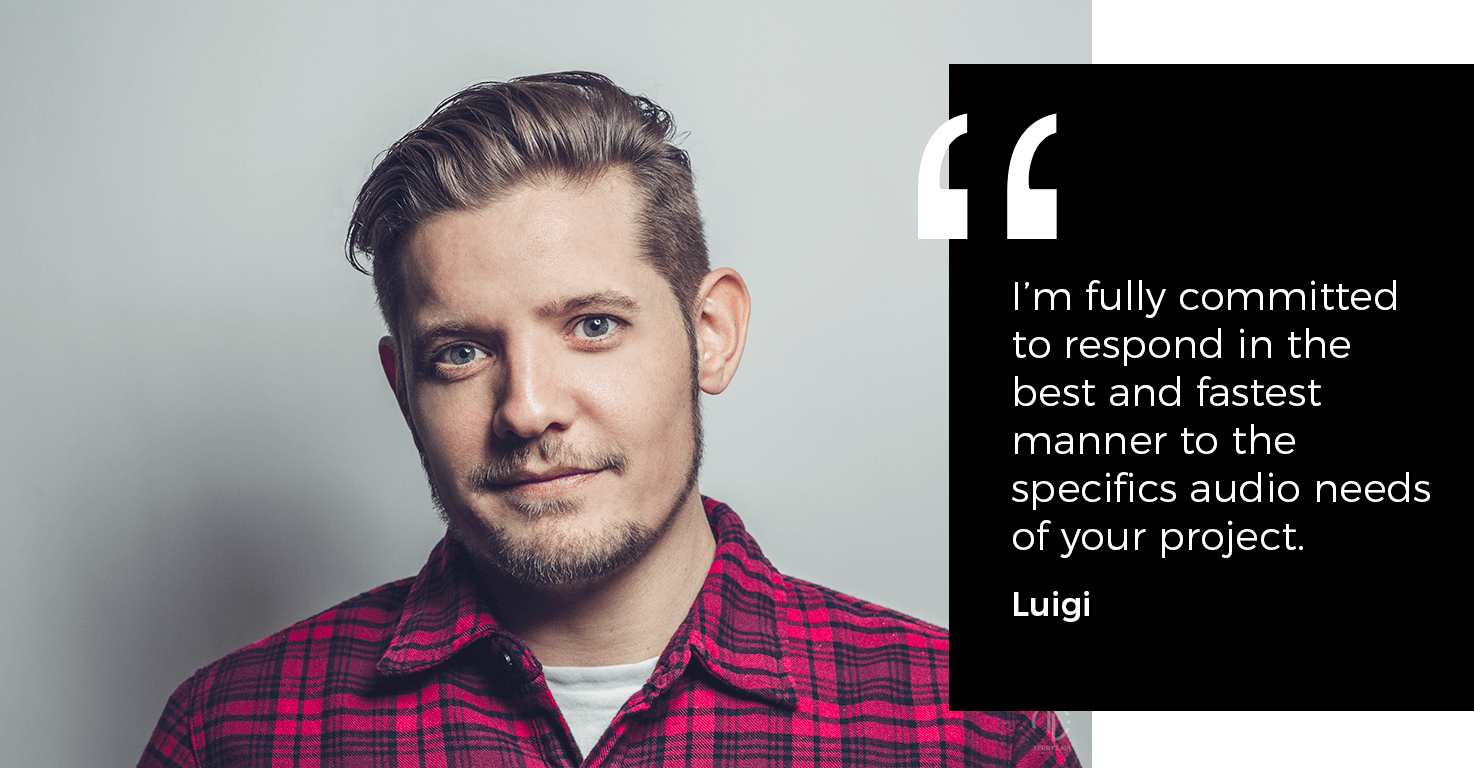 I’m Luigi Iacono, a sound designer, music composer, audio engineer and founder of Three-Eleven-visions an Audio Post-Production studio based in the beautiful city of Barcelona.

But first let me tell you more about me.

I grew up travelling with my family, from France to Madagascar passing by South Africa. This unique experience gave me the ability to adapt, learn and open myself to new cultures, peoples, languages, food and all the subtle things that changes when living in different countries.

My childhood soundtrack can be described as a mash-up of French pop music, rock, rhythm and blues, Jean-Michel Jarre crazy synthesizer up to the singular sound of a Valiha (Traditional Malagasy instrument) and the incredible Zulu choirs.

Coming back to France I started to get involved in the Hip-hop scene and bought my first sampler, drum machine, music software and became obsessed with my MPC2000XL creating tracks and learning new techniques (by my own because internet wasn’t around. Anyone remember that time?).

I moved to England and graduate from Confetti Institute of creative technologies. I started working as a music technology teacher where I was covering courses such as music production, recording and mixing techniques, djing, etc.  At the same time I was attending post production sessions as an assistant engineer at Spool Films for various types of projects and multiple short films featured during the Nottingham Film Festival.

Rich of those experience I decided to create Three-Eleven-visions and surrounded myself with a team of creative individuals keen to take on the challenge to create every time a unique and tailored audio world for every projects.

I’m fully committed to respond in the best and fastest manner to the specifics audio needs of your project. Covering the full spectrum of the audio post production the goal is to help you from the storyboard up to the final delivery. It is well know that the combination of images and sounds create more impact, add a new dimension, immerse the audience and triggers theirs senses (1+1=3).

Feel free to get in touch, I’ll be more than happy to have a chat, offer you a coffee if you are around or simply answer any questions that you may have.